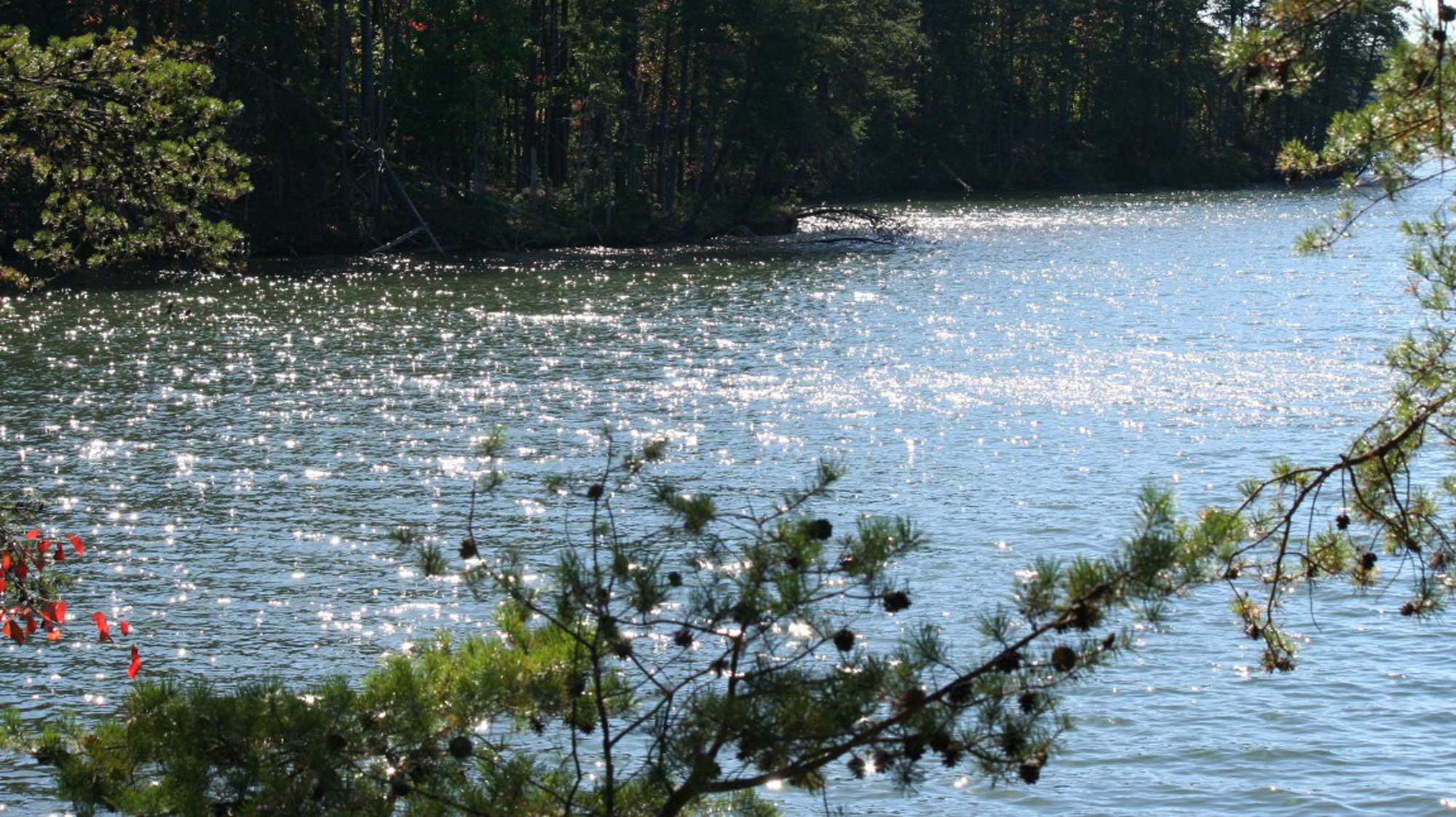 What makes a species invasive?
An invasive species can be any kind of living organism—an amphibian (like the cane toad pictured left), plant, insect, fish, fungus, bacteria, or even an organism’s seeds or eggs—that is not native to an ecosystem and which causes harm.  They can harm the environment, the economy or even, human health. Species that grow and reproduce quickly, and spread aggressively, with potential to cause harm, are given the label of “invasive”. An invasive species does not have to come from another country. For example, lake trout are native to the Great Lakes, but are considered to be an invasive species in Yellowstone Lake in Wyoming because they aggressively compete with native cutthroat trout for habitat.

Aquatic Invasives
Plants and animals that are not native to a waterbody are termed aquatic invasive species (AIS). They are harmful because they are usually free from natural checks and balances. They grow in large numbers or densities and may displace native plants and animals while harming the balance of ecological processes, water supply, recreation and other water uses.

AIS are not a new problem, but they are a growing problem. There have been 179 known exotic plants and animals noted in the Great Lakes alone. Florida also has long been known as a gateway for AIS introductions, and has experienced hundreds of new species over the last century. There have been many other AIS introductions on smaller scales in many other parts of North America. The common carp was introduced intentionally, thinking it would be a good food source. Purple loosestrife, water hyacinth, water lettuce were popular ornamental plants. Some AIS were introduced rid other AIS, compounding the problem!

Now, AIS introductions are occurring at greater rates and causing greater ecologic and economic impacts. National and international programs to curb these introductions are largely inadequate and ineffective. This means that state and local programs must take the lead in solving their local Issues and concern. SMLA works with Virginia Department Game and Inland Fisheries (VDGIF), and The Tri-County Lakes Administrative Commission (TLAC), APCO and other technical expert advisors and SMLA members to deal with the various issues of AIS at SML. All stewards and users of SML must be aware of and pull together to limit the introduction and harm of AIS

Invasive Mussels
Zebra mussels and their lesser known, but more devastating cousins, quagga mussels are a potential threat to Smith Mountain Lake.  These mussels attach themselves to just about any surface, such as riprap, pilings, boats and even lake bottoms and beaches.  They are very sharp and can easily cause cuts and abrasions.

The biggest concern with either of these species of invasive mussels is the there is no effective way to eliminate them once they become established in a lake. Their larvas, called veligers, are microscopic and can live for DAYs on even wet dock lines! And there are many locations on boats where veligers can “hitch-hike” from one lake to another.

The good news is that in spite of years of hosting out of state boaters and national fishing tournaments SML has not seen an invasive mussel. Surely, with the hundreds of boats coming in from other infested lakes, SML has been inoculated with mussel veligers, yet we have no evidence of the mussels.

SMLA is supporting research to determine why this is the case.

In cooperation with Ferrum College’s Department of Environmental Science, SMLA reaped the benefits of a study conducted by Ferrum that offered some very good news. Calcium is a key element required for mussel shell growth. The study revealed that not only were Calcium levels too low during summer months when mussel reproduction normally occurs, but also the average temperatures in SML were too high for propagation during this same period.

The report of this study may be read in full here.

Climate change may have some impact on conditions for reproduction. SMLA and Ferrum will continue to monitor these parameters and be alert for any changes that might affect these conditions.

The NC Wildlife Commission has issued a consumer ALERT regarding invasive Zebra Mussels which have been found in Aquarium Moss Balls. Home aquarium owners should read and head.

SMLA’s contribution to eliminate Hydrilla. Through scientific research and regulatory cooperation, SMLA successfully promoted a mitigation plan to rid SML of Hydrilla – the choking weed of fresh water. Working directly with the Virginia Department of Games and Inland Fisheries, SMLA introduced 5,000 sterile carp to the Lake. SMLA not only eliminated the Hydrilla within one year, but also did so without toxic chemicals nor introducing another invasive species. We continue to monitor the presence of these plants and will add more sterile carp when and if deemed warranted.